Hamilton Island and the Whitsundays are now just a flight away with Cairns based carrier Skytrans set to commence new services from September.

The new direct services will increase opportunities for Far Northerners to travel to the Whitsunday Islands and expand options for intrastate travel with five services a week scheduled from September 13.

Cairns Airport Chief Operating Officer Garry Porter said the expansion of services at a time when many parts of the aviation industry were at a standstill was testament to the confidence of our airline partners to take the lead.

“While we’ve seen a suspension of most services on our Sydney and Melbourne routes, the introduction of these new services speaks volumes of the determination of our airline partners, and their ability to adapt and look for opportunities.

“Cairns continues to be an important centre for both the outlying communities it serves as well as being the  gateway to Tropical North Queensland and I congratulate Skytrans on the introduction of these services.”

“The big winners will be locals who live in Cairns, the Whitsunday region and Rockhampton because they will have additional choice with Skytrans committed to delivering the best possible services for these local communities” Mr Milne said.

Skytrans will operate a Dash 9-100 with 36 seats to kickstart the new routes. 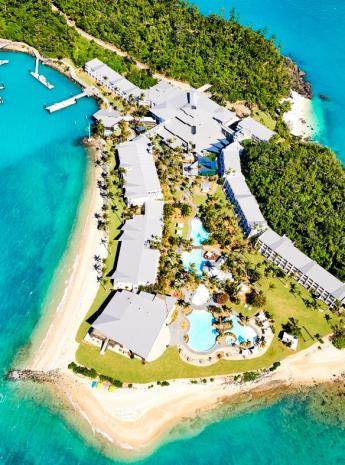 Win a Trip to Daydream Island